Featured in the October 2015 Issue of Chaska Today

Chaska Water & Sewer - A look back and a look ahead

The Chaska Water & Sewer Department is responsible for over 120 miles of water mains and 100 miles of sewer mains.  Information available dates some of the infrastructure at a century old.

In 1965, 1968 and 1970, 3 major trunk sewer expansions occurred to serve the newly established Jonathan neighborhoods and industrial parks in the northern part of Chaska.

In 1970, the Metropolitan Sewer Board (Now called Metropolitan Council of Environmental Services) took over the sewage treatment plant.  Met Council phased out the treatment plant and began pumping Chaska’s sewage to the Blue Lake Wastewater Treatment facility in Shakopee where it is currently pumped today. 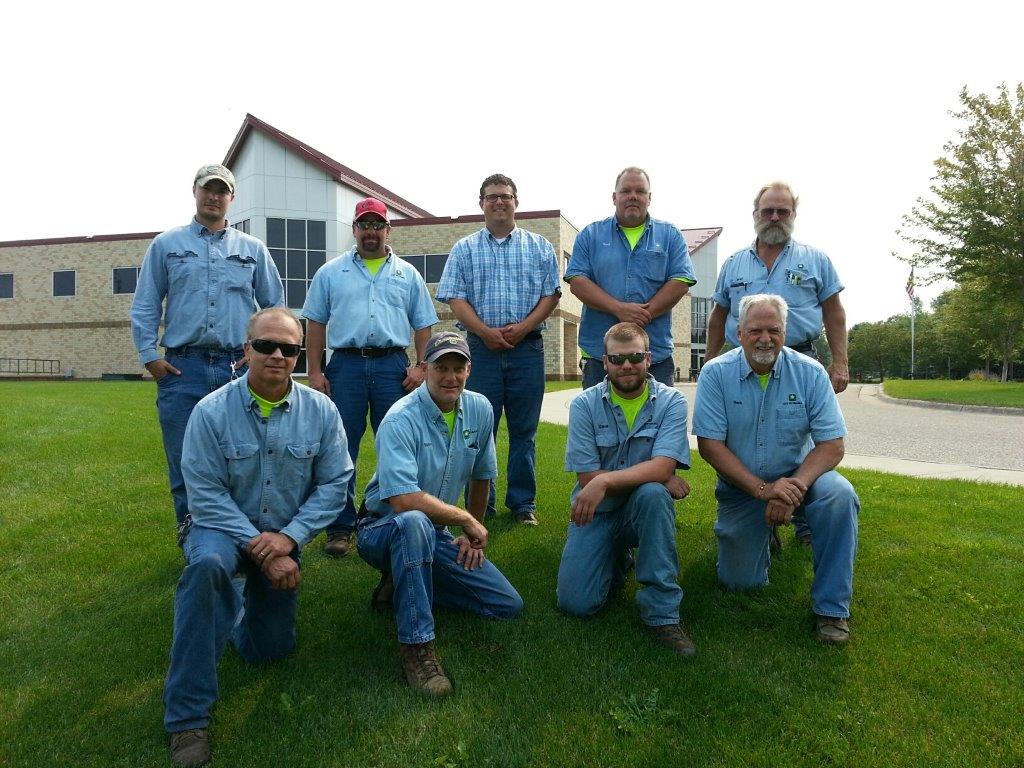 Chaska operators maintain the sewer system using hydraulic and mechanical methods.  Hydraulic (Jetting/Vac) is the main method used to clean lines.  However, in certain areas a sewer rodder (mechanical method) is used to clean the lines.  Certain areas of the City are cleaned every 3 years, while other areas are cleaned as often as 4 times per year.  Age of the pipe, tree roots and grease in the lines are the biggest influence on the maintenance schedule.

Chaska has around 3000 manholes within the service area.  7 lift stations that pump wastewater from lower areas to the City’s gravity sewer system.

At the corner of Walnut and Sixth Street (now called Chaska Blvd), a building housed the first 2 municipal wells along with an iron removal facility, Chaska’s first treatment plant.  Chaska’s Well No. 1 was constructed in 1936.  It was a shallow screened well with very poor water quality that was only used for fire protection and as a standby if Well No. 2 was down for any reason. 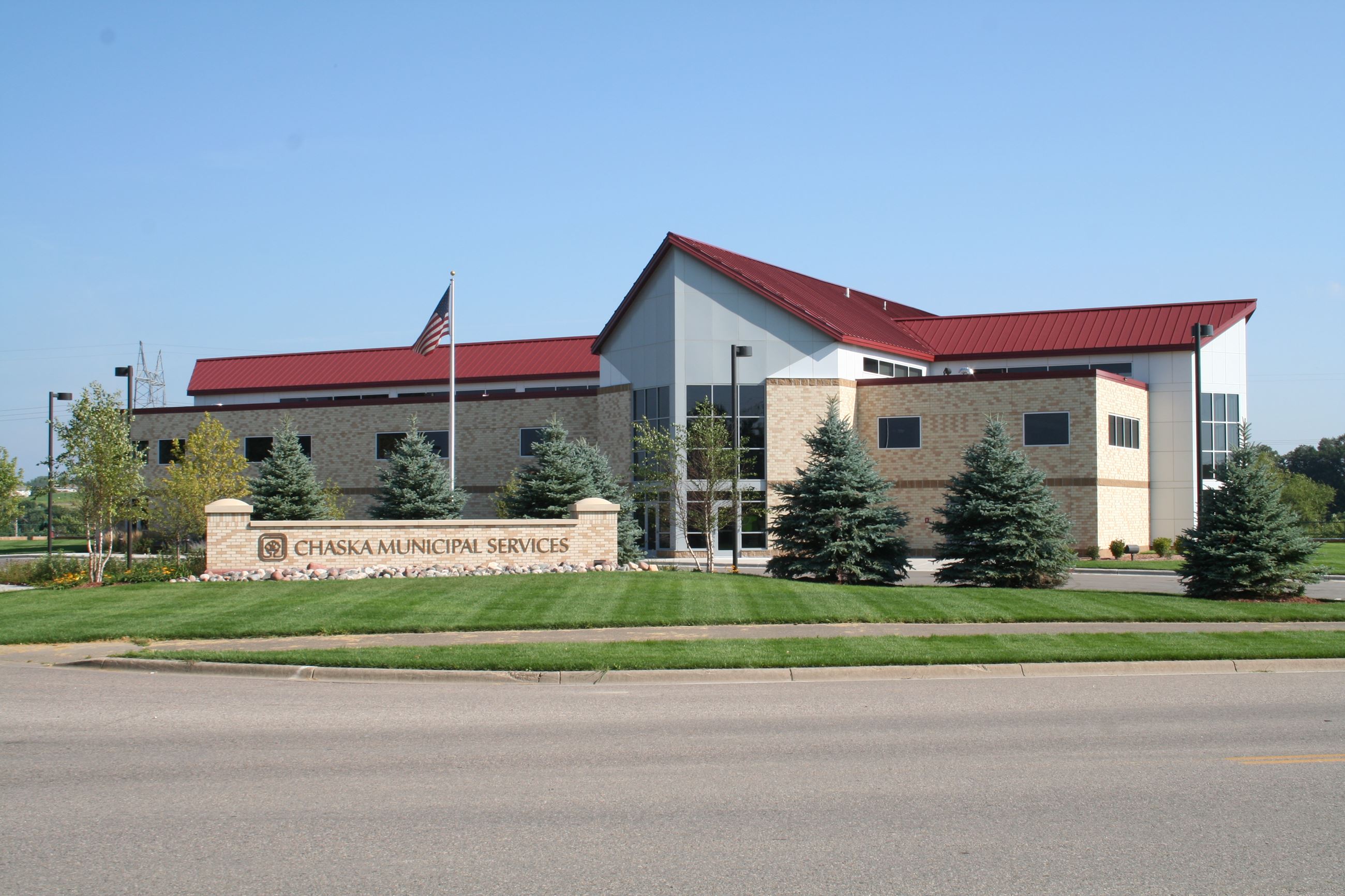 Well No. 3 was developed in the Sandy Acres neighborhood also a shallow well with very poor water quality.  Likewise, Well No. 3 pumped to an adjacent iron removal facility (Treatment Plant No. 2).  Well No. 3 pumped at approximately 500 gallons per minute.  Water from all 3 wells was considered very hard and even after treatment, exceeded the US Health Service recommended limits for Iron and Manganese concentrations.  Iron and Manganese levels did not pose a health risk but resulted in discolored water, staining of plumbing fixtures and staining of laundry.  The 2 downtown treatment plants were eliminated in 1972.

In 1942, a ground reservoir at the intersection of Victoria Dr and HWY 41 was constructed to provide storage and pressure for residents of downtown Chaska.

In 1966 as part of the Jonathan expansion, the Hazeltine Water Tower was constructed for additional storage of 300,000 gallons and sustained water pressures.

As development continued, in 1971, a 1.5 million gallon elevated tank was built, in what is now the Jonathan Industrial Park.

Well No. 4 has the pumping capabilities of approximately 1900 gallons per minute.  Well No. 4 is currently still in use today.  Well No. 4 is a multiple aquifer well, obtaining water from the Tunnel City-Wonewoc and Mount Simon-Hinkley aquifers.

It is unknown when Chaska stopped using Wells No. 1, 2 and 3, but in all likelihood was in 1972 with the construction of Well 4 and the new water treatment plant.

In 1975, Well No. 5 was constructed.  Well No. 5 has the ability to pump approximately 1800 gallons per minute.  Well No. 5 is currently still in use today.  Well No. 5 also is a multiple aquifer well obtaining water from the Tunnel City-Wonewoc and Mount Simon Hinkley aquifers.

In 1984, Well No. 6 was constructed.  Well No. 6 has the ability to pump 1800 gallons per minute.  Well No. 6 pulls water from the Mount Simon-Hinkley aquifer and is currently in use today.

In 1995, Well No. 7 was constructed.  Well No. 7 is utilized as a peaking well and has the ability to pump 1700 gallons per minute.  Well No. 7 typically only is used during heavy pumping periods of the summer months.  It is the intent of the City to build a treatment plant near Well 7 to help provide additional quality treated water to the northern part of the city.

In 2001, a 1.5 million gallon elevated tank was constructed in the Clover Field development.  That is known as the Hundertmark Tower.  As development boomed in the late 90’s/early 2000’s additional storage was required.

In 2002, Well 9 was constructed.  Well 9 is located in the Jordan aquifer.  Well 9 is currently used and can pump around 800 gallons per minute. 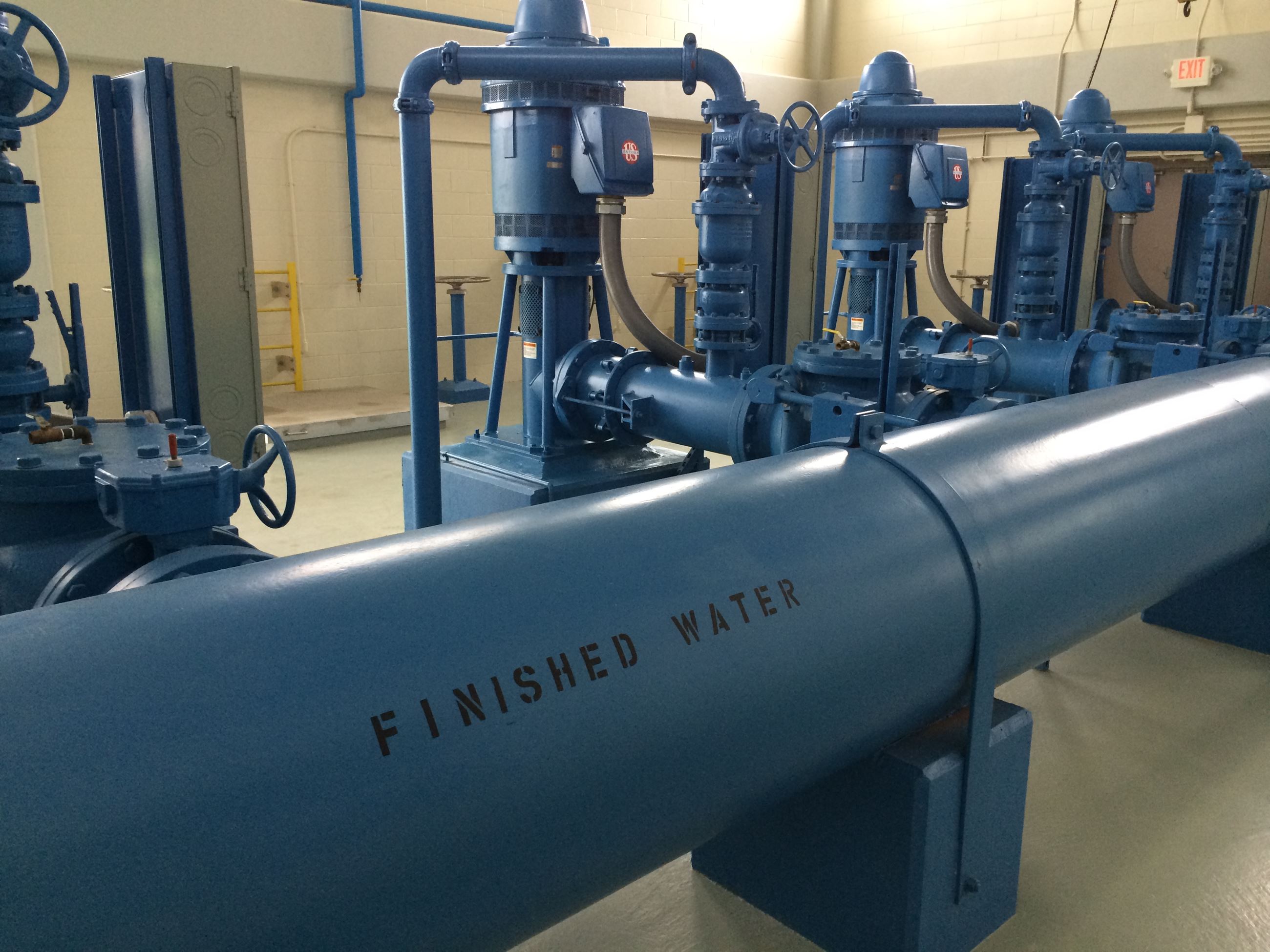 In 2006, Chaska’s Water Treatment Plant No. 4 opened.  The water treatment plant is a gravity filtration plant that removes almost all detectable Iron and Manganese levels in the raw water.  The plant has the capability of treating 12.6 million gallons per day.  Disinfection and fluoridation are also performed as required by the Minnesota Department of Health.

Also in 2006, a 750,000 gallon elevated tank was constructed in the Symphony Hills development to provide storage and consistent pressure in Chaska’s highest pressure zone.

In 2013, the Hazeltine Tower was removed from the system.  It was removed because of the age and increased maintenance of the structure.  The materials from the tower were repaired and salvaged by the contractor and the tower was reinstalled in 2014 in Cameron, Wisconsin.

As Chaska sees additional growth; the Water and Sewer department will work to satisfy demand and storage needs.  In the Southwest development area, a large 1.5 million gallon water tower will be constructed for storage, and water pressure.  Timing and growth will play a key role on when the Well 7 Treatment Plant needs to be constructed.

The City will also need to extend a large sanitary sewer pipe to serve the southwest area of development.  This line will be extended up the Creek Road corridor.

The City of Chaska has 9 licensed Water and Sewer Collection Operators.  Our primary objective is to provide the best quality product and services possible.  We are proud to maintain a system that was built over the last century.  We will work every day to make sure the system is sound and reliable for centuries to come.
/QuickLinks.aspx
[]