Every ten years, after the census is completed, the Federal, State, and local government go through a process of redistricting. Redistricting is completed to help balance the population inside the district lines so that there is as close to equal representation as possible.

The State of Minnesota completed their redistricting process near the end of February. Then, local municipalities, like the City of Chaska, determine their boundaries. The counties follow up last.

Municipalities have until the end of March to complete their process.

The Chaska City Council uses these primary objectives to guide our restricting process:

View an interactive map of the proposed ward boundaries. 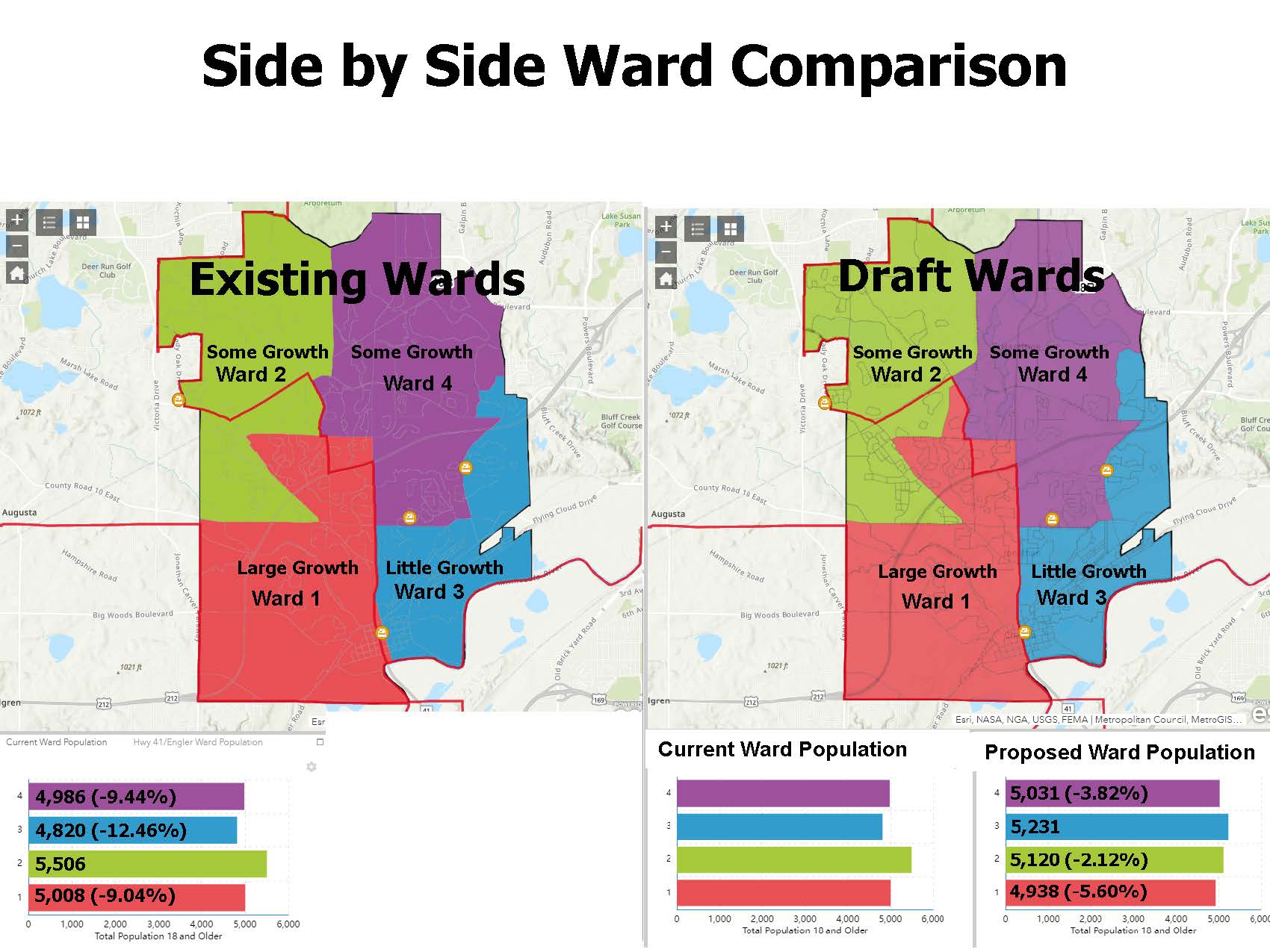